Much like it did with the pioneering EOS-R, Canon made some interesting design decisions with the R7 body, and used a non-stacked, non-backside illuminated sensor. The R7 has a strong feature set, though, offering fast burst speeds, powerful AI autofocus and strong video capabilities. I checked it out with some help from my pro photographer friend, and here’s what we found.

The EOS R7 has a classic Canon look, and while it’s not quite as pretty as the X-T4, I like the design more than Sony’s boxy APS-C cameras. It looks small in hand but is actually fairly hefty at 612 grams – not much less than the full-frame R6 and considerably more than the 503 gram A6600. The big mount supports both RF and the new RF-lenses designed for the R7 and R10.

It has a deep grip that’s comfortable and provides stability, even with big lenses. There’s a control dial on the front of the grip as usual, but Canon tried a new approach with the rear dial. Instead of putting it on the right where the on/off/video switch is now located, it’s well to the left of that and in a vertical position, wrapped around the joystick.

I wasn’t too sure about that when I first saw it. It didn’t take long to get used to it, though, and Sam noticed that it was easier to change settings or move the focus point one-handed while still keeping a solid grip.

The lack of a third dial for changing things like ISO is an issue, though. It’s certainly manageable through some dedicated buttons, and you can reprogram the control ring on any Canon RF lens, including the two new models, to change the aperture or other settings. Apart from that, the R7 handles nearly as well as the X-T4, and a lot better than any of Sony’s current APS-C cameras.

If you do need a faster prime right now, Canon’s $180 RF 50mm f/1.8 or $500 RF 35mm f/1.8 Macro are possible options, but both have an equivalent 1.6 times focal length due to the crop factor. You can also use any EF lenses you have lying around with Canon’s RF to EF adapter.

The R7 has a fully articulating, responsive 1.62-million dot display that gives you full control of the menu, playback, autofocus and other things via touch. The menus are typical Canon, which Sam actually prefers to Sony. I’m less fond of them, as I still have trouble finding settings.

The OLED viewfinder is a bit disappointing, though. You get just 2.36 million dots of resolution, compared to 3.68 million on the X-T4 and GH5-II. For things like bird shooting that require a sharp view to judge focus, this may be an issue.

Canon made a good choice using the same battery from the R5 and R6, rather than the smaller one found on the R10. It allows for a solid 660 shots on a charge, or well over 90 minutes of oversampled 4K 24p video recording.

It has both headphone and microphone jacks, along with a micro-HDMI port that’s unfortunate but par for the course with APS-C cameras. Finally, it has a nice dual UHS-II card setup for easy backups and relatively fast shooting.

The R7 is a speed-demon of a camera, shooting 15 fps bursts with continuous autofocus using the mechanical shutter and an incredible 30 fps using the electronic shutter. Those are the same maximum frame rates as the $6,000 EOS R3, which makes it great for sports or wildlife shooting, particularly as it has a built-in zoom with the 1.6 times crop factor.

There’s a large caveat on the electronic shutter mode part, though. Not being stacked, the sensor doesn’t read out particularly quickly, so it can produce skewed photos in electronic mode with fast subjects or excessive camera movement. The mechanical shutter is fast enough to be a good option, but it makes a loud clunking noise that could scare away that white-tailed deer or draw unwanted attention at a high-school basketball game.

You’ll get a decent number of frames before they kick you out, though. It delivers 100 shots at 15 fps with the mechanical shutter or about 70 with the electronic shutter before the buffer fills. If you have a fast UHS-II card, the buffer clears out fairly quickly and you can get back to shooting again.

Like other Canon cameras, the R7 uses Canon’s Dual Pixel autofocus with deep learning AI tech. In regular single-point continuous AF mode, it nails shots even with fast moving subjects. And the subject tracking is top-notch, requiring very little fussing. If you select a subject in any AF area mode, it’ll lock on and track it tenaciously. If the subject is a human, animal, bird or even a car, it’ll track their head, body or eyes.

It worked reliably and rapidly for myself and pro photographer Samuel, keeping kids, cats, birds and other quick-moving subjects in focus. Though it can fail to lock into subjects like birds behind a branch, Canon has a “foreground” setting that can help. Canon also offers four AF cases, allowing standard photos, subjects that may appear quickly, subjects that speed up or slow down quickly, and the aforementioned foreground setting. Overall, the AF is right up there with Sony, and superior to Fujifilm and Nikon.

The R7 is one of the smaller bodies available with five-axis in-body stabilization, as well. That system reduces shakes up to 8 stops with select lenses, which allowed me to take sharp shots down to an eighth or even a quarter of a second.

While the new 32.5-megapixel image sensor isn’t very fast, image quality is top-notch thanks to the updated DIGIC X image processor, high-megapixel count and Canon’s color science. Compared to the usual 24 megapixels, 32.5 provides a noticeable jump in sharpness and lets you crop into photos more if necessary.

JPEG quality is perhaps the best of any APS-C Canon camera yet, with sharper, more natural images than the M6 Mark II, which also has a 32.5-megapixel processor (though not the same one, Canon says). Samuel said he took several studio photos that he could have given to the client as JPEGs with no processing.

Canon offers both lossy and non-lossy compressed 14-bit RAW files, but it’s hard to see the difference unless you really punch in. Both deliver good dynamic range, with the ability to retain detail in high-contrast scenes. Dynamic range doesn’t quite hold up to Nikon’s Z fc, but it’s not far off.

The R7 has decent but not great low-light shooting capability with usable images up to ISO 6400 or even ISO 12800 if the exposure is good and you don’t try to boost the shadows much in post. Sony’s APS-C cameras are a bit better in that regard, but the resolution is also lower. 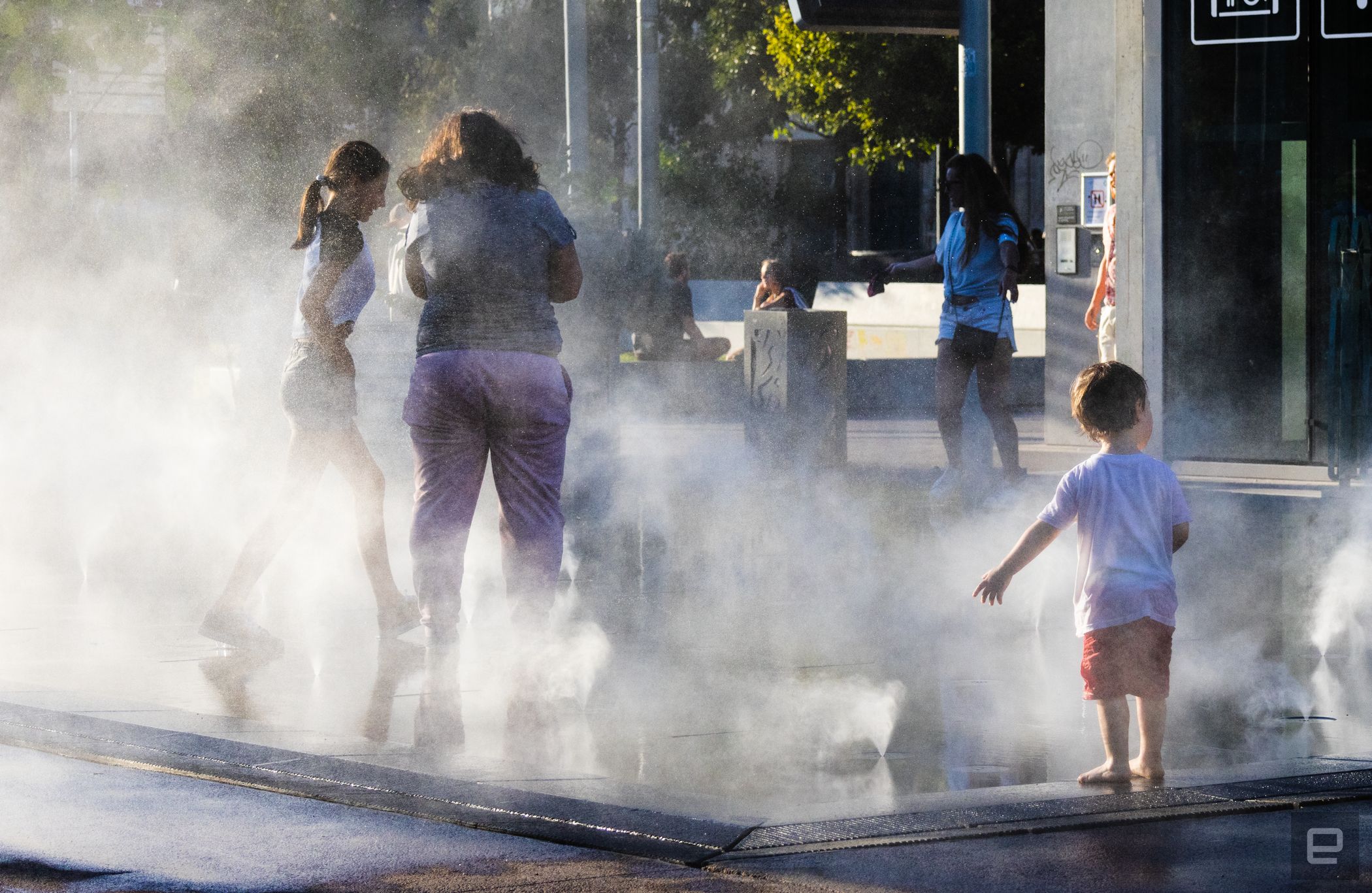 For video, the R7 is superior to most APS-C cameras except perhaps Fujifilm’s aging X-T4 and the new $2,500 X-H2S, which offers up to 6.2K shooting. And it’s far better than any of Sony’s APS-C cameras, which lack 10-bit, high frame rates and other features.

You can shoot pin-sharp supersampled 4K using the entire sensor width at up to 30 fps. It also offers 4K at 60fps using either line-skipping or a 1.8 times crop (on top of the 1.6 times crop). Both modes are softer, but the quality is usable for most projects and the rolling shutter issues are less severe.

The R7 also features C-Log3 or PQ HDR video with 10-bit color for increased dynamic range. Unfortunately, it doesn’t have an All-I mode for easy editing, so you’re limited to IPB “long gop” codecs with a regular mode and Lite mode that takes up about half the storage.

What about overheating? Canon does have some guidance on that, but I never ran into any warnings, even on several warm days. The oversample 4K at 30fps is the most demanding, but Canon says you can shoot at least an hour straight in that mode with no issues.

As with photos, video is sharp and color-accurate with Canon’s trademark warm skin tones. C-Log3 is easy to color grade and offers extra dynamic range for tricky, contrasty shooting situations. I wouldn’t push the ISO to more than 3200 in low-light situations for video, as noise becomes a serious issue.

With in-body stabilization and a flip-out display, the EOS R7 is a good vlogging camera. However, you’ll need to avoid jerky movements, particularly in the oversampled mode, to avoid rolling shutter. You’ll also need a fairly wide lens due to the crop. The two kit lenses barely do the job at the 18mm wide end, particularly with enhanced video stabilization.

With the $1,500 R7, Canon has largely nailed its first stab at an APS-C RF mount camera. It’s fast, delivers accurate autofocus, and offers solid video capabilities. The biggest problem with it is the rolling shutter due to the relatively slow readout speeds of the non-stacked sensor.

What’s attractive about the R7 compared to most of those models is that Canon has put in all its latest tech from models like the R3, delivering a speedy and dependable camera that’s surprisingly easy to use. Samuel, who uses exclusively Sony gear, put it best – he said that Canon is closing in rapidly on Sony’s technological lead, and if Sony doesn’t respond, it could quickly lose his business.