Let’s get this out of the way: No Russian will not be included in the new Call of Duty: Modern Warfare II. In fact, the game will penalize friendly fire and fail players who shoot civilians while in combat.

This is in stark contrast to the No Russian mission from the original Modern Warfare II, which came out in 2009 – in this level, players were instructed to shoot their way through a busy airport, killing civilians en masse alongside a Russian terrorist organization. The protagonist was undercover, trying to infiltrate the cell for the CIA, and even though it was possible to skip this section or play it without firing a single shot, the fictional peer pressure to kill as many people as possible was strong.

No Russian sparked heavy controversy with the release of Modern Warfare II. Though Call of Duty has made billions gamifying the horrors of war, many players balked at the idea of role-playing as a mass shooter targeting unarmed civilians. The mission came with a content warning in the US and it was censored internationally. Infinity Ward and Activision were forced to publicly justify its inclusion, arguing against the idea that it was tone-deaf, ham-fisted and needlessly disturbing.

With the 2022 version of Modern Warfare II, Infinity Ward is avoiding the conversation altogether. In response to the question, “Can you confirm whether the No Russian mission will be included in the new game, in any form?” an Activision spokesperson responded as follows:

“No. There are NPC civilians in the game, but you will be penalized for friendly fires. If civilians are caught in the crossfire, players will automatically get a mission fail.”

This fits with the overall vibe of the new Modern Warfare II. At a media briefing ahead of its reveal, Infinity Ward developers emphasized the game’s entertainment value over serious wartime themes, at one point using the phrase, “fun for everyone.” They said they wanted this Modern Warfare II to be realistic, but still “cool.” Without mentioning No Russian specifically, developers said the goal of the original game was to be provocative, while this year’s version was aiming to be heroic.

With Modern Warfare II, Infinity Ward is sticking to the fun bits of war. The game still deals in real-world themes of organized violence, large-scale military action and shadowy terrorist groups – but no joke, I’ve never heard Call of Duty developers use the word “fun” so freely in a pre-release briefing.

This may be because Modern Warfare II marks the beginning of a fresh approach to Call of Duty for Activision, with pivotal implications for the future of Warzone specifically. When the next version of Warzone comes out after October of this year, it will include the AI improvements, new vehicle behaviors and upgraded physics of Modern Warfare II, and both games will run on the same engine.

“A wholly new Warzone will launch as an extension of the Modern Warfare II universe,” an Activision spokesperson said. “With it comes new technology, new features, and new gameplay that work seamlessly together…. In order to fully deliver this state-of-the-art experience, Warzone 2.0 will feature new Modern Warfare II content and systems with brand new progression and inventories. Today’s Warzone will continue on as a separate experience that will include a continuation of player progression and inventories within that Warzone experience.”

Modern Warfare II is scheduled to come out on October 28th. Warzone 2.0 should land soon after, according to Activision.

Modern Warfare II is a sequel to 2019’s Modern Warfare, which rebooted the series but kept familiar themes and characters like Captain John Price. The new game follows Price’s Task Force 141 and Mexican Special Forces as they attempt to thwart terrorist plans across the globe.

“We love telling stories,” Infinity Ward head writer Brian Bloom said. “Story is character and character is story, and that’s writery stuff that writers sometimes say internally, but it boils down to a simple thing. If you have a plot, who’s in it, what’s happening?” 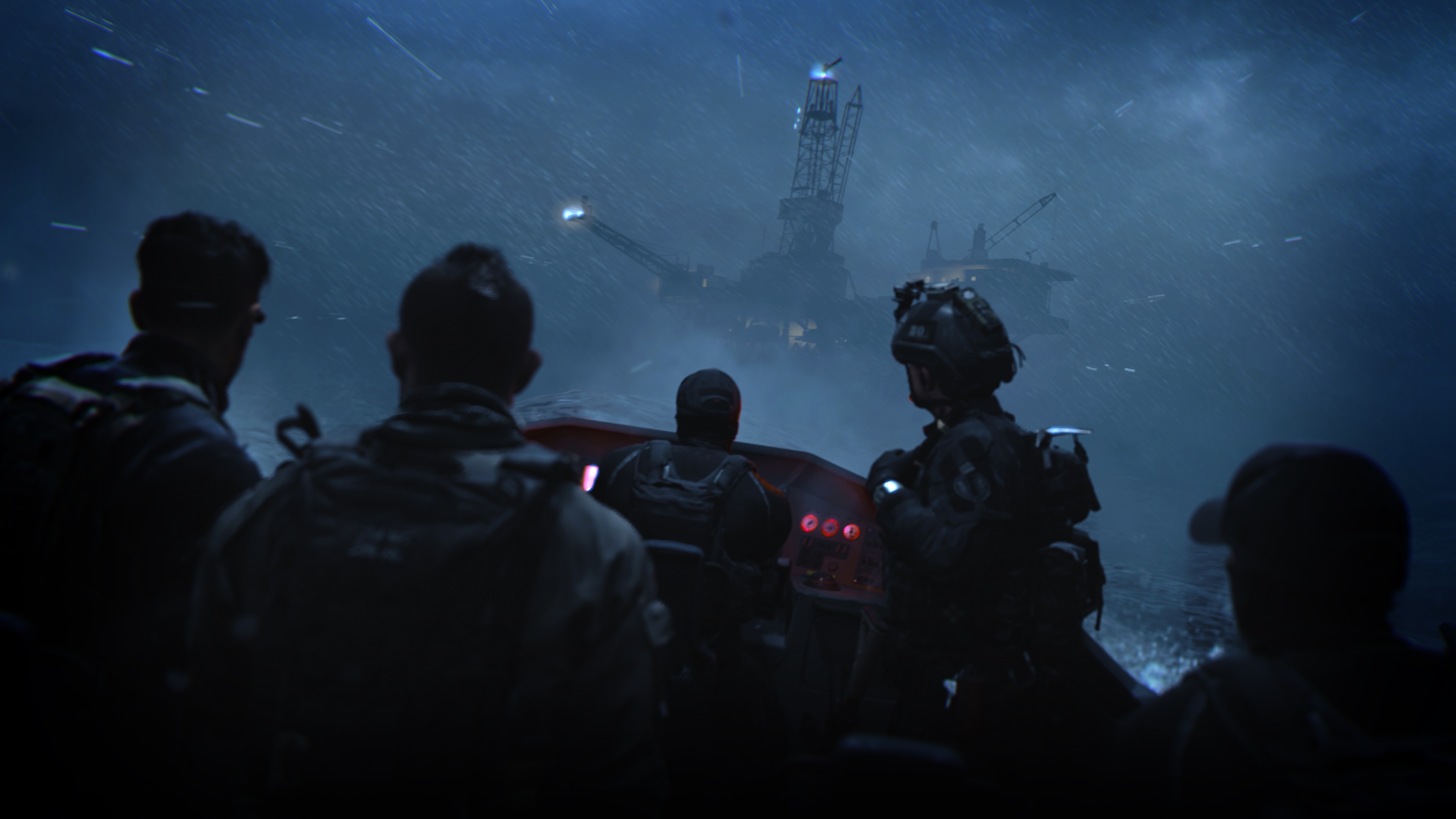 With Modern Warfare II, developers focused on refining water physics and figuring out how combat works above and below the surface. One level they showed off, Wet Work, had the player sneak into a marina by swimming around docked boats, taking out security forces by throwing knives and shooting a pistol upward through the water. In the new game, shooting underwater reduces the impact of each bullet, whether it breaks the surface or not, but the pistol otherwise operates normally.

These new water physics will apply to multiplayer portions of the game, as well as Warzone 2.0. In terms of multiplayer for Modern Warfare II, developers have taken observational data from past Call of Duty games to identify three main player behaviors: aggressive, defensive and reactionary, each of them with assault and stealth variants. The game’s default loadouts fall into the resulting six categories. As for vehicles, it’s possible to shoot their doors and tires off, complete on-the-fly repairs, and get a 360 degree view when leaning out of a window. Amphibious vehicles and a helicopter troop carrier also make an appearance in multiplayer.

New multiplayer maps come in large-scale and traditional sizes, and there’s a new 6v6 mode called Knockout that infuses Gunfight with a multiplayer component. Players have one life (with revive) and one minute on the timer, and a bag randomly spawns in one of three locations. The winner is the last person left alive or the person holding the bag when time runs out.

The AI systems in Modern Warfare II have been tweaked to better facilitate emergent gameplay and mimic real-world scenarios, while Infinity Ward is running internal tests on maps with 300 AI characters and 100 live players. Call of Duty’s Ricochet Anti-Cheat system will be live in Modern Warfare II and Warzone 2.0 on day one.

Infinity Ward creative director and co-head Patrick Kelly teased what this could all mean for Warzone 2.0 and the future of Call of Duty in his introductory speech, saying, “What if there was tons and tons of AI in the world and things like that, and there was tons of players and stuff like that? That could be potentially really cool, right? We want a scenario where everyone is playing together, having fun and playing how they want to play and what they want to play.”

As long as it’s not No Russian.